After decades of focus on the motor impairments of Parkinson’s disease (PD), the past years have shown a resurgence of interest in non-motor symptoms, including gastrointestinal dysfunction. It is now well recognised that gastrointestinal symptoms, particularly constipation, are amongst the most prominent and troublesome early manifestations of PD. The fact that alpha-synuclein aggregations can be found in the gastrointestinal tract of patients with early or even prodromal PD lends weight to the idea that PD may start in the gut, at least in some patients. 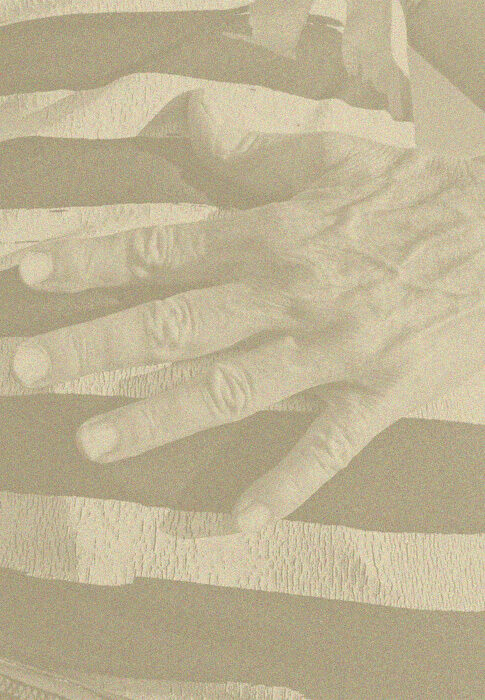 Neurologist and Professor at the University of Malaya, Kuala Lumpur, Malaysia

Parkinson’s disease is often defined as a degenerative condition of the brain,1 but it is the neuronal connections outside of the brain, particularly those of the gastrointestinal tract, that have become a focus of interest in PD in recent years.2-4 The gastrointestinal tract is innervated by the largest part of the peripheral nervous system, an autonomous network of neurons known as the enteric nervous system (ENS).5,6 The ENS communicates with the central nervous system (CNS) but can operate independently, which is why it is sometimes called ‘the second brain’.6

The gut-brain axis is a bidirectional communication system between the CNS and the ENS. This axis is comprised of two main communication pathways ─ humoral factors such as cytokines, hormones, and bacterial metabolites from the gut microbiome, and the vagal nerve (Figure 1).5, 7 The ENS contains neuronal and glial cells that are similar to those found in the CNS, sharing many features, including neurochemistry.5,8,9

Parkinson’s disease gives rise to an array of gastrointestinal symptoms and clinical manifestations, which include gastroparesis (slowed gastric emptying) and impaired absorption, dysphagia (difficulty swallowing) and drooling, and constipation.10

Gastrointestinal symptoms directly contribute to weight loss and low body mass index, complicate clinical management and significantly impact the prognosis of patients with PD.10,11 Gastrointestinal disturbances also greatly impact quality of life and are a common reason for emergency room visits and hospitalisations.12 The time of onset and severity of gastrointestinal dysfunction varies between patients, but almost every patient with PD will eventually suffer these symptoms.10 Gastrointestinal symptoms often occur at an early stage in PD and, in some cases, can even precede motor symptoms by decades.13 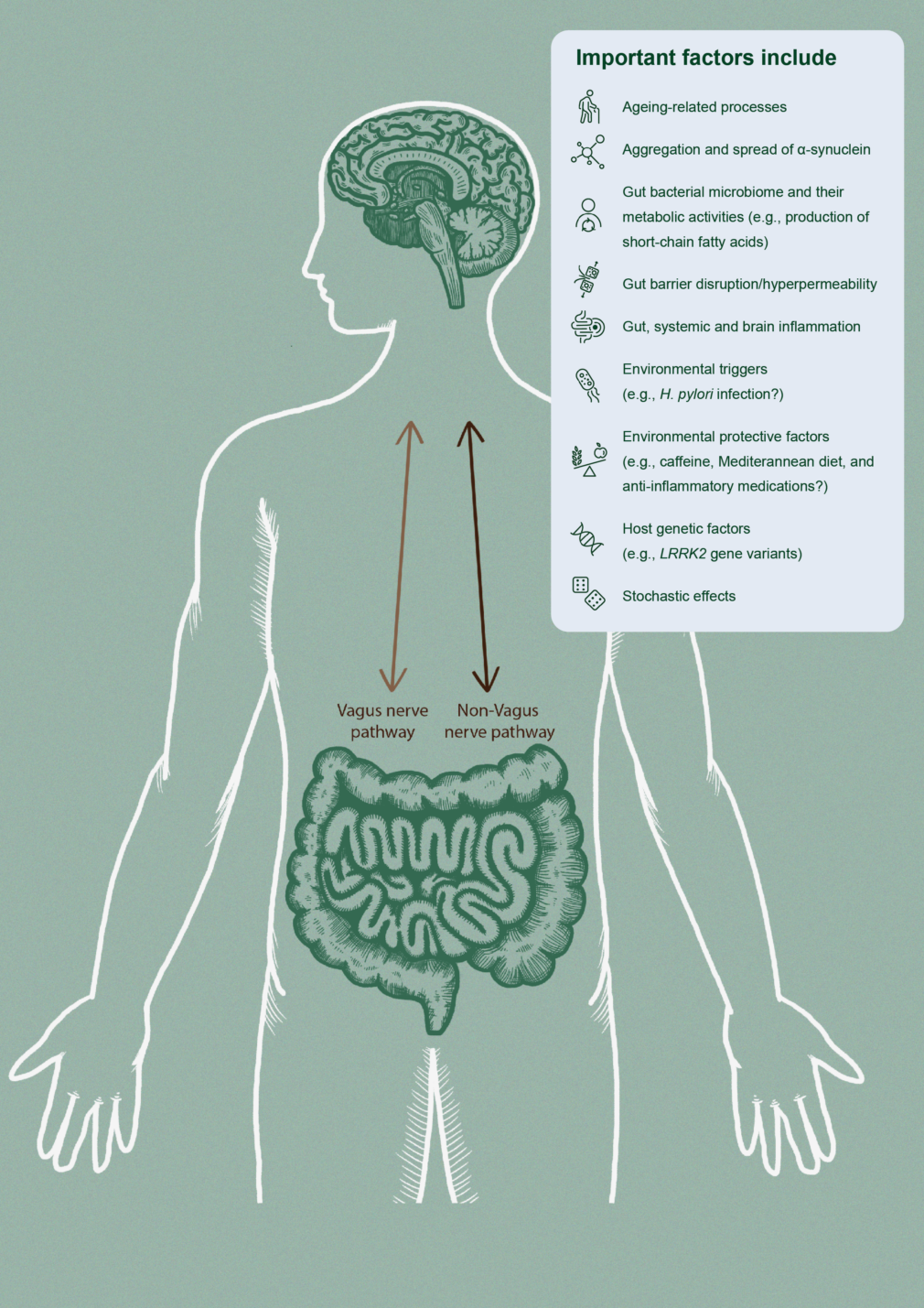 Figure 1. Bidirectional interplay between the brain and the gut includes the vagus nerve pathway, and non-vagus nerve pathways such as the bloodstream. Important factors associated with the development of PD include ageing-related processes, aggregation and spread of alpha-synuclein, gut…

Figure 1. Bidirectional interplay between the brain and the gut includes the vagus nerve pathway, and non-vagus nerve pathways such as the bloodstream. Important factors associated with the development of PD include ageing-related processes, aggregation and spread of alpha-synuclein, gut bacterial microbiome and their metabolic activities, gut barrier disruption, inflammation, environmental influences, host genetic factors, and probably chance effects.

The reported prevalence of dysphagia in PD varies widely, but has been reported in 9─82% of patients.14 Dysphagia in PD is associated with impairments in the brainstem, basal ganglia, and also cortical areas.15 These impairments act to reduce the control of swallowing mechanisms in the oral, pharyngeal, and oesophageal phases.10 Dysphagia is more commonly associated with male gender, advanced age, longer duration of disease, dementia, depression, and more severe motor symptoms.14

Drooling (sialorrhea), caused by insufficiency in swallowing saliva and unintentional mouth opening as part of the masked facial expression of PD, is a common effect of dysphagia.14 In addition to the negative social and quality of life effects, dysphagia and drooling can cause difficulties with feeding and speech, leading to weight loss and dehydration and increased risk of aspiration pneumonia.14

Gastroparesis is thought to be common in patients with PD, reported in up to 70─100% of patients, although the true prevalence is controversial, and it is not always symptomatic.2, 3, 16 Gastroparesis is characterised by feeling full after ingestion of only a small amount of food, and is associated with a wide range of symptoms that include nausea, vomiting, and bloating.5 These symptoms can lead to weight loss, malnutrition, and dehydration, with corresponding serious consequences for the patient.5

The pathophysiological abnormalities of gastroparesis involve both CNS and ENS abnormalities, particularly the parasympathetic system.5, 10 Medications used to treat PD may also delay gastric emptying, which may partly explain the progression of gastroparesis in advanced PD.3, 12, 16, 17 Because levodopa is predominantly absorbed in the small intestine but is metabolised and inactivated in the stomach, the delayed gastric emptying may result in reduced levodopa bioavailability and medication effect.3

Symptoms of constipation include reduced frequency of defaecation, unsuccessful defecation, and a sensation of incomplete emptying.5, 16 Constipation can also lead to systemic effects that may include decreased appetite, impaired absorption (which may lead to the delay or failure of the absorption of levodopa), dysbiosis, and possibly, reabsorption of intestinal toxins.3

“Constipation is one of the earliest prodromal symptoms of PD ”

Constipation is a commonly-noted prodromal symptom of PD13, 20, 21 and has been included as a risk factor for future development of the disease in the International Parkinson and Movement Disorder Society (MDS) criteria for prodromal PD.22 Clinical reports show that patients with PD may develop constipation 20 years before motor symptoms appear, making it one of the earliest recognisable prodromal features.23,24

H. pylori infection has been reported in approximately 25─70% of PD patients.3, 27 Infection with H. pylori has been associated with more severe PD.28 It has been proposed that H. pylori could be involved in the pathogenesis of PD due to the chronic inflammatory response triggered by the infection.16 The adverse effect of H. pylori infection, however, may be at least partly due to reduced absorption of levodopa in infected patients.29

Small intestinal bacterial overgrowth is a gut dysbiosis in which the small intestine is excessively colonised by bacteria that are typically found in the large intestine. A meta-analysis of 11 studies reported a SIBO prevalence of 46% in PD patients.30

Evidence for an association between SIBO and H. pylori infection with more severe PD are inconsistent and eradication of these conditions has been shown to improve motor symptoms in some studies but not others.31-33

Alpha-synuclein aggregates – do they arise in the gut and travel to the brain?

Lewy body pathology (of which alpha-synuclein is the major constituent) in the brain is a well-characterised, defining neuropathological feature of PD.34 In 2006, Braak and colleagues reported their findings that alpha-synuclein aggregations could also be found in the gastrointestinal tract of patients with PD who had not yet developed motor symptoms. Braak and his team postulated that the ENS might be affected before the CNS in the disease course of PD, and that the vagal nerve could be the route by which the neuropathology of PD spreads from the gut to the brain.35

Evidence from animal studies showed that alpha-synuclein can indeed spread from the gastrointestinal tract to the brain via the vagal nerve, and this can lead to death of brain dopaminergic neurons.36 This hypothesis gained support from several studies including epidemiological data from a Danish registry of patients who underwent vagotomy with a follow-up of more than 20 years, which showed that full truncal vagotomy was associated with a decreased risk of PD over the subsequent 20 years compared to people in the general population.37 The hypothesis that PD starts in the gut has gained support over the years13, 38 but evidence against the idea also exists39-41 and the area remains under active investigation.

Given the heterogeneity of PD, with some arguing that it is a syndrome of different diseases (and causes), it seems likely that a gut-first origin for PD applies to a subset, but not all, PD patients.3, 42, 43

The role of inflammation in PD

Chronic inflammation has become increasingly recognised to play a crucial part in the onset and progression of PD.4, 45 The complex role of inflammation and immune dysfunction in PD has been reviewed in detail by Tansey and colleagues.4, 46 The precise trigger(s) for inflammatory dysfunction are still not clear, but multiple studies have demonstrated that patients with PD exhibit changes in their gut microflora that are not seen in healthy individuals.47-49

Gut microflora and their intriguing potential role in the development of PD are discussed in more detail in companion articles. 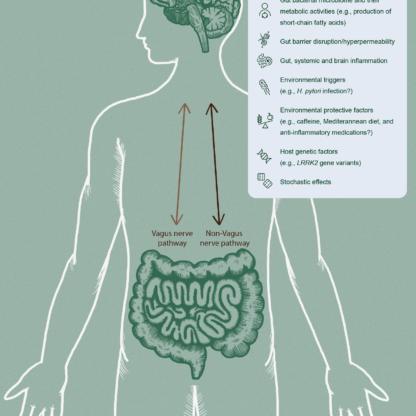 Bidirectional interplay between the brain and the gut in Parkinson’s Disease
18.01.2023 1 min
description Article 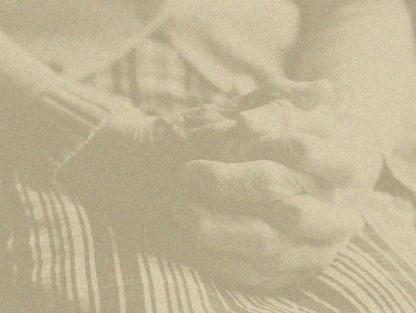 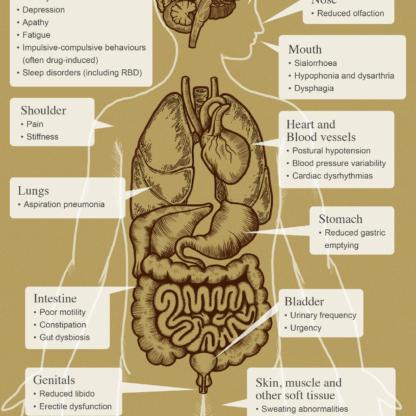 Permissions for creative use of the resources from Neurotorium

Permission is granted to download images, slides and videos and use them in your own presentations, provided that copyright notices and the Neurotorium logo are not hidden or removed. For use in publications and on websites, proper attribution must be provided together with a link to Neurotorium.org

The content on our platform is regularly reviewed. Here you’ll find listed all the reviews of this material keeping it up to date.

Neurologist and professor at the University of Malaya, Kuala Lumpur, Malaysia

We have detected that you are from “France”. You have the option of switching the language to French, if you would prefer that?.

Please enter your details below.

Fill in you information below and stay up to date with the latest content on Neurotorium.